Paying It Forward: How A Social Impact Entrepreneur Got a Business Education That Helps Her Make a Difference

Hillary Strobel got a debt-free business education and built the business of her dreams. 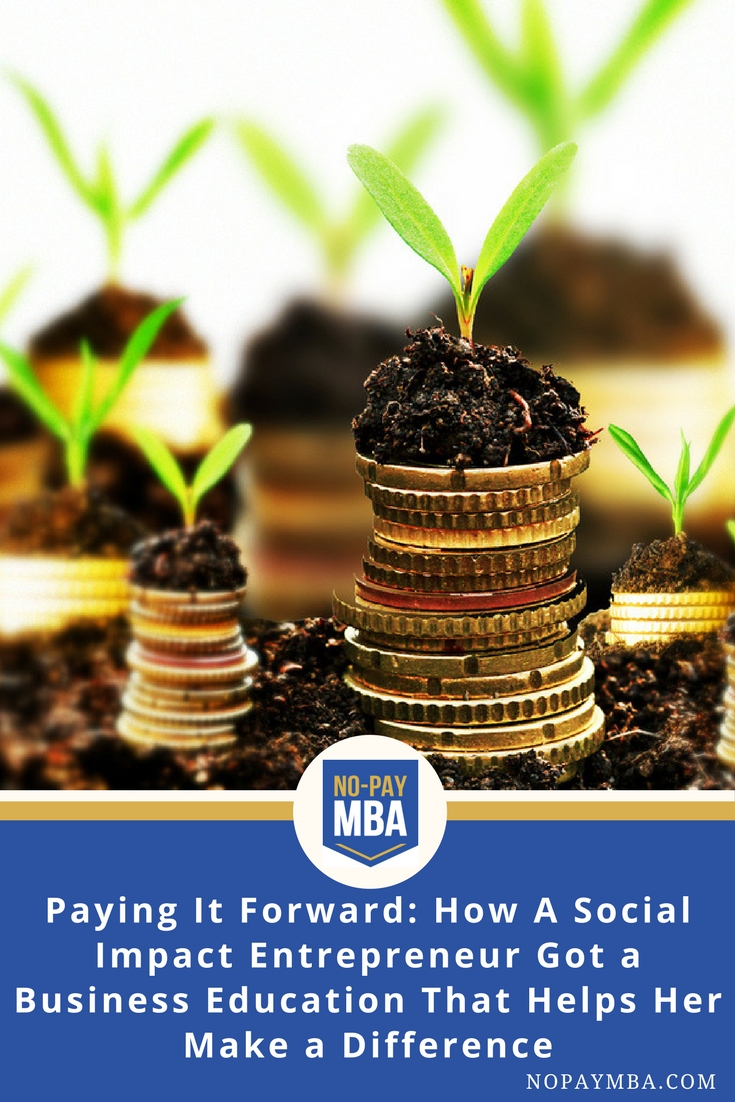 Three years ago, Hillary Strobel ditched a dead-end job to follow a childhood dream of creating a publishing company that could share inspiring stories. When she took that leap, she had some publishing experience but no training on how to run a business. So Hillary used MOOCs and a variety of other online resources to pursue the business education that could turn her dream into a reality. As one of the inaugural members of the No-Pay MBA Network, she has earned a world-class business education and built a global network.

Today, she runs The Flyways, a Social Impact Publishing house and a registered Benefit Corporation, which donates 25% of profits to social justice causes around the world. On the side, Hillary provides consulting services to other business owners looking to develop their own social impact programs.

I recently spoke with Hillary as she reflected on her No-Pay MBA experience. 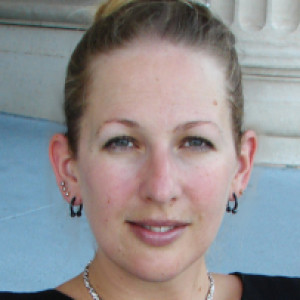 No-Pay MBA: Can you take us back to the moment when you chose to pursue a No-Pay MBA? Why did you choose this method of study for your business education?

Hillary Strobel: Last summer (2015), I was taking a MOOC on gamification design, just for the heck of it. One day at my father’s office, he happened to see me on the computer taking the class. He had never heard of MOOCs before. When I told him that many of them are developed and offered through universities, he wondered if it was possible to get a degree using these classes. So I began to do some research and came across the No-Pay MBA blog. Within minutes of reading it, I knew it was for me.

My daughter wasn’t quite a year old at the time, and I knew I didn’t want to put her in full-time day-care, but that I also needed an education to get my ideas off the ground as legitimate businesses. I’m an ideas person, but I didn’t have the formal training to make most of those ideas sustainable in the long run. So the opportunity to get a stellar business education, from some of the world’s best schools, on the specific topics that would best serve my ideas, on my own schedule, was too good to pass up. I was able to take all of my classes while my daughter was napping or after she had gone to bed.

For someone in a vulnerable situation like myself (a single, working class mother), this vehicle for education is literally like manna from heaven. Many amazing things that are available to me today, because of this resource, may never have been attainable through more “traditional” avenues.

I’m an ideas person, but I didn’t have the formal training to make most of those ideas sustainable in the long run.

NPMBA: What has been the biggest surprise about your MOOC-based education?

HS: I’d say the biggest surprise was how easy it was to do this. I finished my education in slightly less than one year, while raising my daughter alone and simultaneously building a business. The classes were just across-the-board fun. The self-paced nature of the education helped quite a bit, as did the fact that I could take the courses I wanted.

NPMBA: You’ve taken quite a few courses on social entrepreneurship. How did you find enough high-quality, advanced content on that topic?

HS: At first, I just did Google searches for any class I could find on the subject. There were some excellent resources, like the European Business School, Germany’s Social Innovation course on Iversity and +Acumen’s Global Social Entrepreneurship on NovoEd. Eventually, I hit pay-dirt when I found a program on NovoEd for Social Sector Leadership, which is a collaboration between PhilanthropyU and UC Berkeley Haas School of Business. This consisted of seven courses, including the best finance class I’ve ever taken (Financial Modeling for the Social Sector). It also garnered me a certification, which capped off my business education.

NPMBA: How have you incorporated networking into your studies?

HS: Members of the No-Pay MBA Network have become some of my closest friends and most trusted professional advisors/partners. I’ve also been able to co-create a mutually supportive mastermind group with some members as we progress into similar career plans.

In a typical brick and mortar b-school setting, it’s more likely that you would meet people in your own field or in similar straits, but through No-Pay MBA, I’ve met people from around the world who are working in ways that I never would have imagined. For example, in the process of taking the course Beyond Silicon Valley, I met one of the course assistants, a 74-year-old woman who is retired from a corporate career and is now building a second career as a mentor to female entrepreneurs. She has made many things possible for me, including introducing me to another woman who was my book-writing accountability partner, which in turn has led to a spot as a presenter and a position on the Advisory Executive Committee at the Women Economic Forum in 2017. All of this was possible from taking a single course and meeting the right person.

Taking so many classes also made it possible to be invited to join +Acumen’s newly formed Acumen Corps. This networking opportunity was really made possible by my own drive to take a large number of +Acumen’s courses and show up in a big way for them. The Acumen network will make my newest business project possible, as it is based on a +Acumen class I took, and I will be building on relationships I have with individuals in the Corps and the organization itself.

All of this was possible from taking a single course and meeting the right person.

One thing I’ve learned is not to waste any networking opportunity! Everybody has something to offer, so go into the room knowing that anyone you meet can help you in some way, and vice versa. Often, a random encounter can lead to something amazing, even if it’s months down the line.

NPMBA: What advice do you have for people pursuing independent business studies or contemplating their options for business education?

HS: I estimate, truthfully, that I’ve spent less than $100 to obtain everything from this business education. Pretty much every course I took was free. I paid for one workshop and one course certificate in the course of the entire year. I cannot stress enough, as a single parent, how incredible it is to be able to say my education was so inexpensive, along with the fact that I didn’t have to pay for day-care or transportation.

Pursuing independent studies means motivating yourself and driving your own car. You might have a destination in mind, but the road getting there is going to be curvy and bumpy and full of potholes. You might even find yourself on a totally different road than the one you started out on. But what a glorious time getting there, if you’re willing to travel like this!

Another thing I would recommend is a mixture of courses, workshops, real-life projects, internships, and mentorship experiences. It’s quite unlikely that you’re going to develop a robust skill set via a single learning methodology.

One of the best pieces of advice I ever received was this: “Don’t yell at the seeds you’ve planted to hurry up and grow! Let them sprout and become their fullest embodiments at the pace they are intended to grow. Because everything you plant will indeed grow someday.”

Learn more about Hillary’s education by checking out her portfolio. You can also find her on Facebook, Instagram, Medium, and LinkedIn.

Do you have a story to share about a self-directed business education?

Let us know in the comments below or reach out through the contact page.